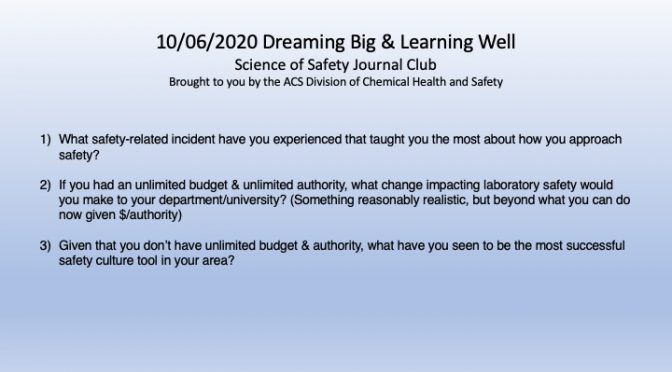 The questions sent out to everyone to contemplate:

1) What safety-related incident have you experienced that taught you the most about how you approach safety?

2) If you had an unlimited budget & unlimited authority, what change impacting laboratory safety would you make to your department/university? (Something reasonably realistic, but beyond what you can do now given $/authority)

3) Given that you don’t have unlimited budget & authority, what have you seen to be the most successful safety culture tool in your area?

We did not get to this question in the discussion (although a few things were mentioned in the question above).