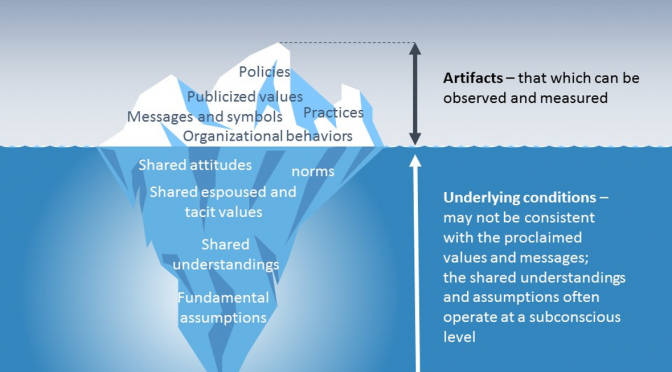 The papers she shared:

Dr. Mulcahy introduced Edgar Schein’s Levels of Culture discussion within the field of Organizational Culture – from which the concept of Safety Culture was initially derived. Schein has a large body of work out there if you are interested in doing a deep dive. As an initial introduction to Schein and his work, I recommend you watch this video of an excerpt of an interview with him from 2016 in which he touches upon the use, and misuse, of the term “culture” and what we should actually be measuring: