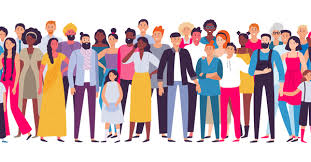 During the 2020-21 academic year, an average of between 15 and 20 people gathered to review and discuss academic papers relevant to lab safety in academia.

During the fall, we followed the traditional model of a presenter who led the discussion after the group was encouraged to read the paper. In the spring, we began a two-step process: first a table read where the group silently collaboratively commented on an abbreviated version of the paper in a shared google document one week and then had an oral discussion the second week. The second approach enabled much more engagement by the group as a whole.

The fall papers were focused primarily on the idea of safety culture and included (in reverse chronological order):

We will pick up the Journal Club again in the fall of 2021.
We are interested in looking at the psychology of safety with 2 things in mind:

It is likely that papers that are investigating the psychology of safety have focused primarily on industry (construction, airplanes, etc), so it will be important to identify the specific phenomenon they are investigating and be prepared to translate it to academia. Questions about the CHAS Journal Club can be directed to membership@dchas.org